Game of Thrones Season 8: A Knight of the Seven Kingdoms Recap

The Calm Before the Storm

Since the Game of Thrones’ final season premiered last week, all I’ve heard watchers say is how they were happy to get the “set-up” episode out of the way early, hopeful the action would kick off this week. Suffice to say, this episode likely came as a letdown for many, as half of A Knight of the Seven Kingdoms continued last week’s barrage of character meetups. Like many others, I was also impatient to get the battle going—if only to get away from the painfully dull writing that seems to have plagued the show since last season. I was pleasantly surprised with the shift in focus halfway through this episode, but it mostly felt like a lot more of what we saw last week; a lot of quick conflict resolutions and too many corny throwback lines.

While last week’s episode showcased an all-star compilation of different characters pairing up to catch up on the last eight years’ events, this week was focused on Jaimie. While his arrival came with a lot of baggage, most of it was quickly sorted out and resolved. Dany granted him a begrudging pardon for killing her father, he and Tyrion buddied up again to reminisce about whore houses and incest, and Bran absolved him for his attempted murder all those years ago. It was all very anticlimactic; Jaimie had been branded “Kingslayer” since before the show’s starting point, a title of infamy that clearly weighed heavily on Jaimie, marking him with a perpetual dishonor that became the core of his cynicism, his ruthlessness, and his general character as a whole. To see Jaimie finally confront the person most directly affected by his mutiny should have been a fundamental turning point for him. Instead, it felt like another loose end that needed tying up before getting to the big battle.

So many of these moments of culmination feel cheapened by cheesy throwbacks. Homages in moderation are usually appreciated, but thrown together one after another throughout an entire episode comes off as corny and uncreative. When they spill over from one episode to the next, it’s downright painful. If I have to watch Tormund make one more pass at Brienne, or listen to Tyrion make one more reference about wanting to die mid-fellatio, or—heavens forbid—hear Dany tell Jon in an eerie voice that he know’s nothing, I’ll fling myself from the cliffs.

After everyone at Winterfell dealt with the Kingslayer, the episode’s focus shifted from Jaimie’s arrival to the impending doom that marched southward. The wine flowed, stories were shared, songs were sung, the young made love, and everyone celebrated the night like it was their last. With all the pretense of first meetings out of the way, it was fun to watch some of the characters we’ve followed separately over the years finally share space and enjoy the camaraderie that comes with imminent death.

The fireside gathering was easily the most interesting scene. There was no overt direction to it; the conversation meandered naturally from the Lannister brothers reminiscing on their first visit north to the battles each have won and/or escaped with their lives. It culminated in the titular knighting of Brienne and a somber a cappella performance from Podrick. Best was Tyrion half-jokingly suggesting they might all survive the battle. It solidified the bleakness of their situation, seeing the group’s amusement at his decidedly ludicrous statement. But it also breathed optimism into the scene. It’s hard not to love such blind optimism in the face of certain defeat. This undertone of hopelessness, if anything, gave the scene direction. It’s the same theme that has underpinned the entire series, ever since we suffered the injustice of Ned Stark’s execution. So to see Tyrion, one of the most jaded characters to survive up to this point, offer a note of optimism at the eleventh hour, was more heartening than a hundred cheesy one-liner homages.

While so much emphasis has been put on the finality of this battle, a lot has been set up for what’s to follow if the White Walkers are defeated. This could have been done to keep excitement high for what happens after the battle, but the logic behind the timing seems flawed. For example: why would Jon hit Dany with the details of his heritage right before the battle? He obviously was avoiding her for the majority of the episode up until she found him in the crypt, so it seemed odd for him to suddenly give in right at the end of the episode—except, of course, for the fact that it was the end of the episode. Besides a few enjoyable exceptions, the start of this season has felt extremely formulaic and predictable. Fortunately, we’re now only one week away from the battle for Winterfell, where quite literally anything can happen. 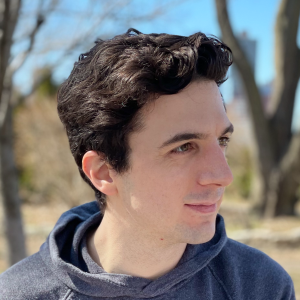