Fox Delays X-Men: Dark Phoenix and The New Mutants into 2019

20th Century Fox has delayed X-Men: Dark Phoenix into 2019, along with its planned X-Men spin-off The New Mutants.

New Mutants was originally intended for release in April of 2018, but was delayed to February of the following year for re-shoots, and will now be launch in August. The film differs in tone from the rest of the X-Men franchise, as it will tackle a horror-centric setting. Fox has plans to make the New Mutants the first film in an expected trilogy.

Dark Phoenix is the fourth installment in the X-Men prequel series of films, following First Class, Days of Future Past, and Apocalypse. It will also be the second time the X-Men films have portrayed the story of Dark Phoenix, a widely-acclaimed plotline of the X-Men comics, after covering it in the third mainline film: X-Men: The Last Stand.

In the meantime, Fox will be releasing the X-Men spin-off Deadpool 2 on May 18, 2018, which will tide fans over until next year’s films finally come to theaters.

Last year, Fox took a different tone with the X-Men franchise with Logan, which also served as actor Hugh Jackman’s final performance as its titular mutant. The film went on to receive an Academy Award nomination for Best Adapted Screenplay, and holds the distinction of being the only movie nominated for the category to be based on a comic book.

For more on the X-Men franchise, check out CGM’s thoughts on how Logan sends off Hugh Jackman as Wolverine and Patrick Stewart as Professor X, who played the characters for over seventeen years.

Liked this article and want to read more like it? Check out more of Kenneth Shepard’s reviews, such as Life is Strange: Before the Storm’s bonus episode, and find out why Kenneth thinks Danganronpa V3’s ending makes a polarizing case for letting the series go! 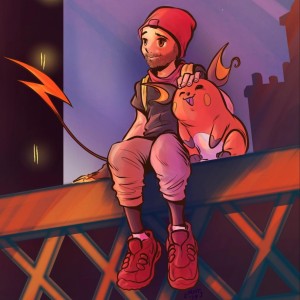