Whether you like it or not, Christmas time is here again. Your family is calling incessantly, those irritating Xmas playlists are blasting out of speakers everywhere you go, and you’re filled with guilt about all the presents that you have to buy. It’s time to spend some money to make someone happy for a few measly minutes. Thankfully, CGMagazine’s resident movie expert, Phil Brown experts is here to help with some handy-dandy buyers guides. This time, he’s focusing on some fancy spinning discs to please the movie lover in your life. Sure, most of the world might be streaming their movies these days, but not movie nerds! Believe it or not, they still collect Blu-rays. That’s a good thing too because a digital download code rarely wraps up into a satisfying present to slip under the tree. If you’re wondering what in tarnation to get that movie-lover on your list, we’d like to humbly suggest this stack of Blu-rays. Whether you’re buying them for a film nerd in need or simply getting greedy and adding to your own collection, these Blu-ray beauties should fill up plenty of hours over that long n’ cold holiday break. Obviously, the focus is on genre flicks because that’s what we love around these parts, so if you’re looking for a list of Christmas classics, go somewhere else bucko!

The Phantasm franchise might not have the same reputation of some of the other iconic 80’s horror series that were released alongside it, but Don Coscarelli’s surrealistic horror comedy romps are unlike anything else. Flying silver brain sucking balls, evil jawas, an iconic undertaker, and a bald man with a shotgun link together these five brain-busting genre flicks that are unlike anything else. Minds will be blown every time these bizzarro flicks are watched.

Why They’ll Love It: The five Phantasm movies might vary in quality, but they all share a certain movie drunk insanity that’s hard to deny. They’ve been tough to find for years and getting them together into one massive and extras-packed box set was something of a miracle given all the various rights holders involved. Whether the genre nerd in your life has seen the Phantasm flicks yet or not is almost immaterial. They will love every strange, disturbing, and hilarious minute of genre movie madness contained on these discs. Expect them to disappear for days after opening this gift.

Daniel Clowes’ iconic graphic novel Ghost World is one of the greatest stories ever told about outsiders growing out of high school misfit status and finding their place in the world. Terry Zwigoff’s film adaptation somehow improved on the source and is quietly one of the best comic book adaptations ever made.

Why They’ll Love It: Ghost World might be a cult classic, but for a while it seemed like the flick might never make it to Blu-ray. Thankfully Criterion stepped up to deliver a beautiful transfer and packed disc that the movie deserves. There’s a wonderfully nostalgic doc, a delightful audio commentary, and even packaging and a booklet designed by Clowes himself along with a mini-comic. It’s the perfect gift for the comic/movie nerd in your life who could use a reminder that they aren’t alone in feeling alienated by the world.

Batman: Mask of the Phantasm

Possibly the best feature film about the Caped Crusader ever made, this feature length spinoff of the iconic Batman: The Animated Series is a vital missing link in any Batman movie collection. Beautifully animated and written with surprising depth and darkness, Batman: Mask of the Phantasm is a forgotten Bat-masterpiece and demands rediscovery.

Why They’ll Love It: While we all wait endlessly for Warner Brothers to finally remaster Batman: The Animated Series and shove it onto a bunch of Blu-rays, at least this flick finally made it into HD last year. You’ll never find it in stores though. Warner released it through their print-to-order online market. There are no extras, sadly. However, simply getting Mask of the Phantasm on Blu-ray is a bit of a miracle. It’s the one great Batman movie the Bat-lover in your life is guaranteed not to own and they will weep tears of joy if you shove this in their stocking. Chances are they don’t even know the Blu-ray exists, even if they know just how much they want it.

Long before he transformed The Guardians Of The Galaxy from a D-list Marvel property into pop culture icons, writer/director James Gunn spat this cult classic horror comedy into the world. The cast of cult icons like Nathan Fillion, Michael Rooker, and Elizabeth Banks would be enough to make this an endearing oddity. The fact that Slither is also one of the most delightfully perverse, hilarious, clever, and downright disgusting horror comedies ever made in Hollywood makes it a must-own. If nothing else, it might be the best horror/comedy about space slugs turning humans into sex zombies ever made. Believe it or not, there’s significant competition in that subgenre.

Why They’ll Love It: Slither is one of those movies that’s impossible for any true horror nerd to hate. There are just too many clever ideas, great actors, hilarious asides, and vomit-inducing horror gags on display to not seduce that horror lover in your life. The flick has been out of print for far too long since Universal never quite knew what to do with it. Thankfully the good folks at Scream Factory (aka the Criterion of genre flicks) released a gorgeous and stacked Blu-ray featuring the abundance of special features from the old DVD as well as new interviews and commentaries from James Gunn and co. that prove they all love this insane horror/sci-fi/comedy mash up just as much now as they did before they were famous. It’s one of those movies that desperately deserves a bigger cult audience and is such a wildly inappropriate flick to gift during the sentimental holiday season that it makes it that much more delicious to unwrap.

Ok. Maybe this is cheating a bit. Yes, Twin Peaks: The Return is a TV series regardless of how many times writer/director/co-star/lunatic/genius David Lynch insists on calling it an 18-hour movie. However, for cult movie nuts and art film snobs, there was no bigger filmmaking event this year than watching Lynch return to his iconic small town from the 90s and transform television into a vehicle for experimental genre moviemaking once more. It lived up to the hype and confounded expectations all at once. It’s a show to be re-watched and cherished endlessly, even if you’ll never fully understand just what the hell Lynch thinks is happening half the time.

Why They’ll Love It: It’s Twin Peaks: The Return. If they love Twin Peaks, Lynch, or art house genre yarns, they’ll worship this box set. It’s been beautifully transferred, looking and sounding better in Blu-ray than it ever did during broadcast. There are hours of on-set documentaries to study. The show demands endless re-watching and analyzing, so they’ll spend years obsessing over ever second of the 18 episodes. Plus, even the box itself was designed by Lynch to be a collectable piece of Twin Peaks art. It’s a gift that’ll keep on giving and keep on disturbing the receiver for years. What could be better to receive on Christmas? Nothing. Well, not until Lynch decides to miraculously revive this series again, anyways.

Still unsure about what to get that special someone this Holiday season? For more suggestions, check out the CGMagazine Buyers Guide – Best of 2017 Edition, available for pre-order now, in print and digital formats. Get yours here.

EDITORS NOTE: A retail version of some of these movies were purchased by the writer. You can find additional information about CGMagazine’s ethics and review policies and procedures here.

Liked this article and want to read more like it? Check out Phil’s take on Blade Runner 2049, Happy Death Day, and It! He also had a chance to sit down with Guillermo Del Toro. Check out his interview here! 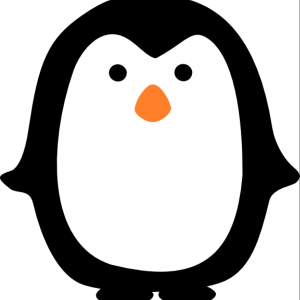