Cineplex Entertainment. The company is one of Canada’s biggest entertainment providers, easily a household name anywhere in the country. Based in Toronto, the company has largely operated in Canada, with a focus on movie theaters and adjacent arcades. But on Sept 21st, Cineplex announced that they are acquiring the American-based Tricorp Amusements, according to a press release by the entertainment company.

Tricorp, which is based in New Jersey, is a major player in providing amusement games and services to entertainment facilities across the US. From AMC Theatres to AMF Bowling Centers, Starplex Cinemas to Cinemark Theatres, it’s a huge acquirement for the company. It’s also one that has Cineplex looking forward to an expanded presence in US markets.

“With Premier Amusements as well as through strategic mergers and acquisitions like Brady Starburst last year, [Cineplex Starburst] has become one of the leading distributors and operators of amusement and gaming equipment across North America,” noted Cineplex CEO Ellis Jacob. Tricorp was equally optimistic, and seemed to feel the acquisition was a strong step for their future.

“Combining our two organizations creates a powerful, strong and diverse amusement company that can now provide amusement services to a much broader and expanded market across North America,” founder Charles T. Peitz said.

Tricorp provides a variety of services for amusement venues, from developing game room layouts all the way to providing laser tag and go cart facilities. With Tricorp’s staple as an amusement and arcade provider in the United States, this could mean a huge increase in revenue from US markets for Cineplex as facilitators and operators for amusement games. Not to mention, the acquisition increases the size of Cineplex’s personnel, with 16 offices across Canada and the US, and 100 additional Tricorp employees joining the company. Meaning Cineplex has a lot more ground covered across North America in sheer numbers alone.

While it’s hard to say for certain how the company will be pushing further into US markets, it’s safe to suggest that the Toronto-based entertainment provider is interested in the potential that US customers can bring. Time will tell how that revenue plays out, though, as Tricorp plans to merge with Cineplex by October. 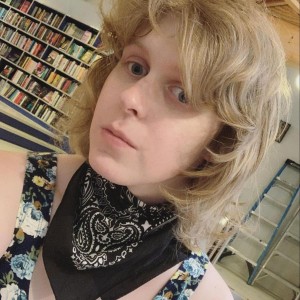