Part of my biggest problem with The Walking Dead is that for the past 4 seasons, it’s really struggled to be interesting (or at the very least entertaining). It’s a far cry from the first season that was packed with believable human drama, decent action and some seriously intense moments where the zombies actually felt like a greater threat.

I feel that a huge part of the show was lost the minute they made the zombies more of a nuisance than an actual threat, since there’s only so much drama you can put into one episode, and having to pad that drama to fit across an entire season makes for an incredibly boring show.

“Here’s not here” is a prime example of this. While it may be interesting to anyone who is a fan or Morgan as a character, there’s very little in the way of anything incredibly interesting or engaging.

“Here’s not here” is a Morgan-centric episode, showing how the shows bulletproof monk went from deranged psychopath to the shining pinnacle of patience and non-violence (or non-killing) that he is now. The whole episode is essentially a flashback, beginning with Morgan attempting to tell that member of the Wolves who attacked him at the end of the last season his story and how any person can be pulled back from the darkness.

After his meeting with Rick during season 3, Morgan torched his old home and began wandering, clearing any zombies or people that get in his way. During this he comes upon a cabin who’s one inhabitant (played by John Carroll Lynch) knocks him out and throws him in a cell. Through time and a few punch ups, Morgan is taught the the ways of Akido, not only in fighting, but in philosophy and vows never again to take a life.

As a fan of Morgan, as a character, I didn’t mind seeing a bit of his internal conflict. However, the episode never really shows a lot of Morgan’s own internal struggle. We know that Morgan was a good person once, but the episode doesn’t really commit to showing how lost he is. He just seems to accept everything that’s coming to him. There’s a brief moment near the end where it seems like he’s about to go off the deep end again, but he just doesn’t.

It’s the kind of episode that makes you think that by the end of Morgan’s story the Wolf will begin to see the light, however the clincher is that he doesn’t After Morgan tells him he believes every life is precious, and all people can be saved the Wolf simply responds “You know I’m still going to have to kill everyone, right?” It’s actually a bit of a chilling, dark ending that makes sitting through some boring exposition worth it.

I feel like had there been more internal conflict, showing Morgan’s own battles with his memories and his mind, this episode could have been a bit more interesting. As a fan of Morgan, I’m going to give it a pass. But anyone hoping this episode will shed some light on Glen (he’s dead, get over it) will be severely disappointed and probably pretty bored on top of that. 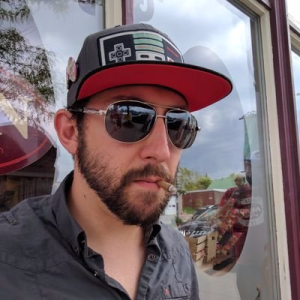