Are RPGs Emotive and Influential?

As a fan of RPGs  I always look forward to embarking on a new adventure, and getting immersed in its world, story, and characters. I feel that RPGs have emotive and influential aspects that serve as a learning experience for the player. This ability is known as empathy, and it means:

“The ability to see the world as another person, to share and understand another person’s feelings, needs, concerns, and/or emotional state.”

In the simplest terms, it’s what allows an audience to be emotionally affected by the experiences of someone who doesn’t exist. It is about vicariously feeling the pain of a fictional character, or relating to the sense of triumph when someone finally achieves a long standing goal. It’s what makes a reader, viewer or player care about what happens to someone else.

Most game genres ignore this psychological aspect of the player, but in many ways, the genre of the role-playing game relies on it. Character development in Tales of the Abyss, by Bandai Namco is a good example of this.  It tells the story of  Luke Fon Fabre a young swordsman who is confined to his family’s manor for his own safety after a kidnapping results in his loss of memory. Because of his confinement and lack of understanding of the outside world, this leads Luke to become spoiled, immature, and selfish. Luke essentially starts off as an unlikeable character, but as the story progresses he undergoes a profound emotional and physical change and becomes a noble hero. I found Luke to be very relatable because we human beings are imperfect and flawed, but it’s because of this that we have opportunities to grow and change.

Sometimes these changes are a result of characters discovering new things about themselves, as with Luke. Other times however, the changes come as a result not of gaining something new, but losing something. Ni No Kuni, by Level5, is one of the most recent examples of a character that grows through grief. There’s a fundamental struggle at the heart of Ni No Kuni; dealing with the death of a loved one. For Ni No Kuni’s main character, Oliver, it is a profoundly traumatic event, as he’s still just a child and it is his mother that has died.

It was easy to put myself in Oliver’s shoes “If that happened to me, I would feel the same way he’s feeling. If I had experienced a loss like he did, I would be just as heartbroken.” This was my “Ah ha!” moment. If I could empathize with Oliver and his loss, then I certainly could with others.

This emotional experience is often supplemented by the “hidden character” in games, the music. As with cinema, music in games is a potent element. Some would argue that it’s an easy way to invoke emotion as music bypasses the conscious process and seems to speak directly to people on an emotional level.

I understand that music in RPGs are subjective. Some people will love the soundtrack, and others will dislike it. However I find that music helps influence the flow of the RPG, because it sets the tone of a scene, and helps convey—sometimes even vocalize—the emotions of the characters, it also helps the pacing of the story.  This in turn helps the characters feel real. In real life how do we feel when we play certain songs? For example whenever I am writing, depending on my mood, I tend to listen to a song that raises my spirits. Once I feel the music, I can write better.

Feeling connected to a story and its characters means that the RPG was successful in what it set out to do. It’s a complicated process, and it relies on a mix of art and psychology to make an impact on the audience. 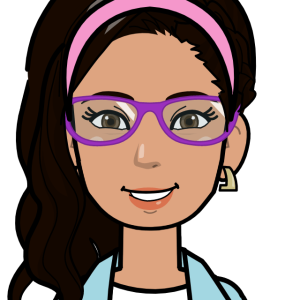