The trailer for Amazing Spider Man 2 is out,  and it’s full of the expected with a few surprises here and there.

It starts off with the web slinger stating the obvious about how opponents stronger than him will eventually emerge. Some epic-trailer moments will certainly please hardcore Spider Man fans, as Spidey’s strength and bullet-dodging abilities are show-cased in a few poetic slow-mo sequences. His suit has undergone some cosmetic changes, reflecting the classic red and blue suit we all know and love, which was slightly tweaked in the Amazing Spiderman.

We’re introduced to Harry Osborn, previously played by James Franco in Sam Raimi’s Spider Man movies. Dane DeHann takes on the role here, and he seems to be sporting the infamous emo-Peter haircut from Spider Man 3. Nevertheless, DeHann looks the part and sounded promising during his few seconds of dialogue, but looked alarmingly similar to the New Goblin from Spider Man 3 during the few shots of him flying around on the glider.

The Rhino – a longtime enemy of Spider Man – makes his movie debut here, portrayed as a hulking mech, or robot, or something. I’m a little skeptical about his inclusion, but as long as he doesn’t turn out to be an integral part of the whole story, the Rhino could be pretty fun to watch as he does what he does best –  wreck stuff.

A few seconds of the preview also teases us with Doctor Octopus’s mechanical arms and the Vulture suit, both of which are stashed in Osborn’s secret lab. It’s evident that they want to develop these villains through Osborn’s enterprise Oscorp, but hopefully they don’t all turn out to be test tube experiments with no background development whatsoever.

We also finally get to see Electro – played by Jamie Foxx – in action. It’s eye candy at its finest. Check out the trailer below, and let us know what you think. 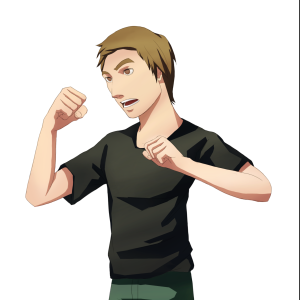